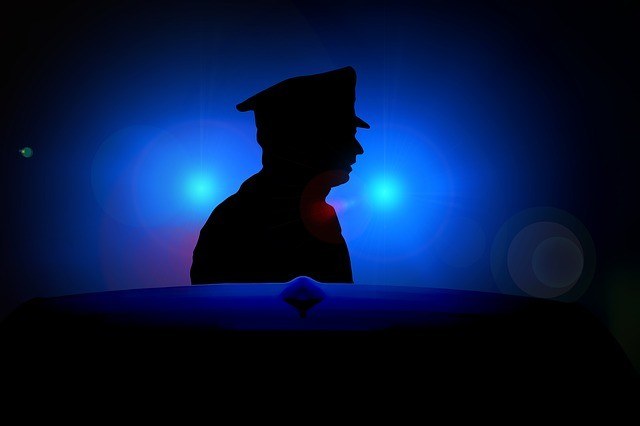 Last month in Raleigh, a black man, Akiel Denkins, was shot by a police officer. The initial reports from eye witnesses said that he was unarmed, in the process of retreating and was shot in the back. This was the latest of a string of seemingly racially motivated killings by police officers in the line of duty. As I’ve watched, sometimes with disgust and sometimes with wonder, I’ve tried to develop an idea of what could possibly be at the root of the violence so often perpetrated on the black community by the hands of those meant to protect them. Keeping an open mind and looking at this issue from many different perspectives is imperative to decreasing unjust shootings by our officers in uniform against the black community as well as against communities of all ethnicities. We can’t just react without understanding, we must seek first to understand.

“I was a police officer in Baltimore for 21 years. I was addicted to heroin the entire time I was on the force. A lot of the guys had their addictions. I don’t think people understand the fear involved in the job. We were scared all the time. Baltimore was the murder capital of the world. It was tremendously stressful. I never used needles. Just powder. I was too scared of needles. My partner knew about it.”

It isn’t possible for human beings to be exposed to continual, excessive danger without a considerable increase in mental health related disorders. This is why we see Post Traumatic Stress Disorder in so many returning Veterans. We cannot assume that our police force, who are continually exposed to danger and violence, is immune to this illness. According to the National Institute of Health, PTSD is caused by,

Living through or seeing something that’s upsetting and dangerous can cause PTSD. This can include:

If one such event is responsible for PTSD in the general population, a life lived repeatedly exposed to such things will certainly see an significantly increased risk of it. And we know from data compiled on veterans with PTSD that drug use is a common self-medicating action. The HONY interviewee appears to be a classic case.

But that doesn’t really explain the correlation between race and the increased incidence of police shootings in people of color. If PTSD is responsible for a significant amount of police aggression, why are more people of color the recipients of that aggression rather than the aggression being spread evenly across all segments of race?

We have a serious problem in black communities with violence. But my purpose is not to condemn those communities for the violence. Violence is a learned behavior. Human beings aren’t born violent. It wasn’t very long ago in this country that African Americans were being slaughtered in lynch mobs and lived in fear for their lives at the hands of the whites in power. To believe that there are no after-effects of this violence is blindness.

However, while I won’t go so far as to say racism no longer exists (it does and always will, toward people of many different races) the growth toward tolerance and understanding of those who look and behave differently than ourselves has made very positive strides in the United States. The violence is an after-effect that we still need to overcome. For my part, I believe Dr. King was correct when he said, “Hate cannot drive out hate. Only love can do that.” The only way to overcome the violence in the black communities is to love the people in those communities.

I believe that police officers, in many cases suffering from Post Traumatic Stress Disorder, are conditioned to fear violence from people of color, due to their exposure to violence in black communities. Rather than shouting condemnation at each group, we need to heal the damages done from years of racial injustice on one side and from years of managing the violence of these scarred communities on the other side. Both sides need to be shown love and compassion.

The way we show love to people is to learn how to meet their needs in order to help them heal. In the case of police officers, they undergo annual mental health screenings and treatment, when necessary (and removal from active duty until psychological evaluations show mental soundness). And for the black communities, I believe the best place to start the healing is in the schools which should implement a gentle curriculum focused on mindfulness and personal growth, both academic and social…a good focus for any child, but particularly beneficial for those living in areas scarred by violence. Implementing Truth Based Relational Intervention, an attachment-based, trauma informed intervention designed to meet the needs of traumatized children, (it’s been used successfully with children in the foster care system), would provide public schools with the tools they need when educating children whose emotional and physical needs are not being met at home. This is, of course, a huge problem and these ideas are intended to be the beginning of the discussion. Solutions won’t be quick and easy, but identification of the problem is the first step.

I would love to hear your thoughts. Can you think of other solutions to the problem of racial violence in the United States?